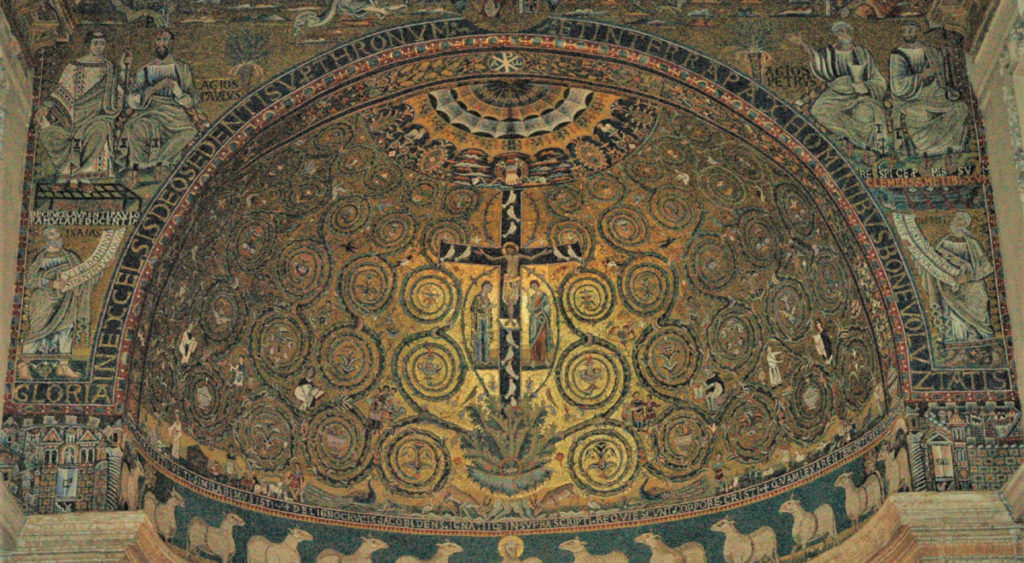 While illustrated codices, sequential pictorial narratives, apse mosaics, and devotional statues were well established before c.1000, several important new image types and settings came into being over the Romanesque period – figuratively enriched portals, historiated cloisters, moralizing programmes, imagery in glass. The conference will consider imagery in its various manifestations, exploring narrative modes, the significance of spatial positioning and visibility, the uses and physical trappings of devotional images, the relationship between political or reformist agendas and the rhetorical power of imagery, and the extent to which media play a role in the development or importation of new iconographical formulae. Are images invested with singular meanings, or are they intentionally polysemous? Does the interest in architectural ‘articulation’ initiate a new understanding of the expressive and aesthetic potential of imagery, and/or emphasise its didactic purpose? Are viewers provided with guidance as to interpretation – through inscriptions, or compositional and visual triggers? How does material and setting affect imagery? How might we understand image and narrative in the Latin West between c.1000 and c.1200?

The British Archaeological Association will hold the seventh in its biennial International Romanesque conference series in conjunction with the British School at Rome on 28-30 March, 2022. The theme is Image and Narrative in Romanesque Art, and the aim is to examine the use of imagery in the Latin Church between c.1000 and c.1200. The Conference will take place at the British School, with the opportunity to stay on for two days of visits to Romanesque monuments on 31 March and 1 April.